Scientific research has long highlighted the peculiar characteristics of the monococcum wheat reported in (https://glutenlight.eu/2019/03/11/il-grano-monococco/) and can be summarized as follows:

Monococcum wheat has, for some time, been the focus of producers-transformers and consumers. The offer, especially of flour, as well as of products is constantly increasing. The products offered, however, do not have, except in rare cases, complete traceability starting from the field to the table. On the flour packages it is rare to find indications regarding the variety of wheat from which it derives; on the final products we find the mandatory ingredients by law but, rarely, the preparation method. The speech, however, applies to all grains both ancient and modern. The greater attention to the monococcum wheat (einkorn) is due to the evocative force of its ancestral origin and to its characteristics of high digestibility, tolerability and healthy contents.

The variety of wheat used and the indicators that inform us about the quantity and “strength” of gluten would be particularly valuable to be able to include more digestible products in our diet when needed. Gluten, as it is formed during water and flour are kneaded, cannot be digested by our intestines, it must first be “broken” by digestive enzymes into very small “fragments”. In this way other digestive enzymes in the intestine will complete the work in order to make the gluten components “amino acids” assimilable. The lower amount of gluten and less strength will sometimes make our task much easier. Products made with monococcoum wheat flour (einkorn) and generally those made with “ancient grains” are advertised as “very digestible” or “highly digestible”. Both terms are very generic since they can present strong differences in terms of gluten quantity and “gluten strength”. Recently I bought two different monococcum wheat flours of which I pointed out the amount of gluten: one has a percentage of dry gluten of 9.6% the other of 17.1%! Same thing with the strength of gluten whose index in one case was 33 in another 71!These indicators are a first valid help that we could have to better balance, with the support of the doctor, our diet. It should also be remembered that the final digestibility of the product made with flours, whatever they may be, is also greatly influenced by the way in which the products are prepared: just think of the considerable contribution to digestibility that we can obtain by using sourdough, but this information is also generally absent or present in an ambiguous way or without specification of which flour was used: “… made with sour dough”. https://glutenlight.eu/2019/05/08/la-fermentazione-della-pasta-acida-ii-parte/.

Wheat has a very variable gluten index depending not only on the genotype but also on environmental factors. 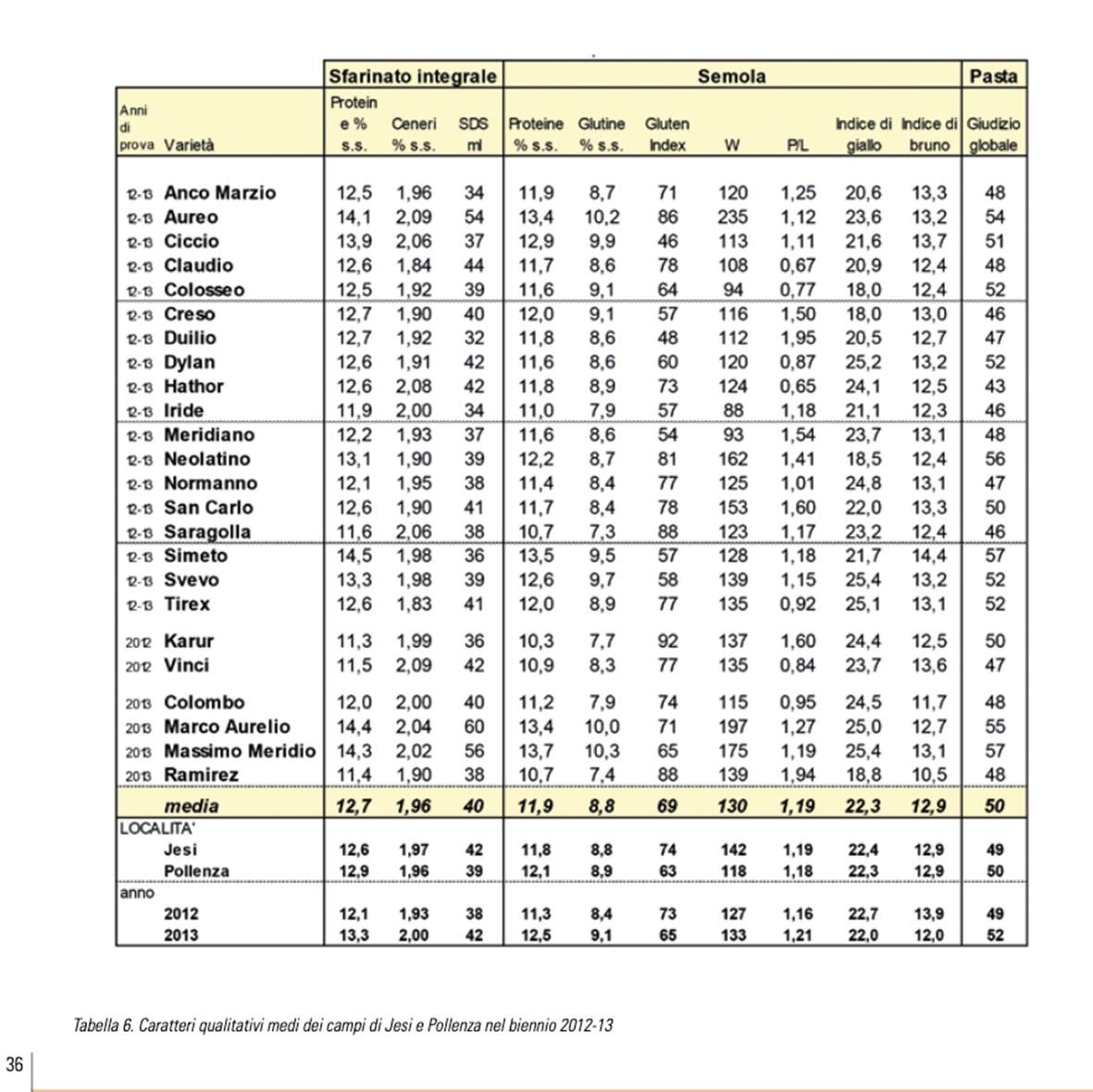 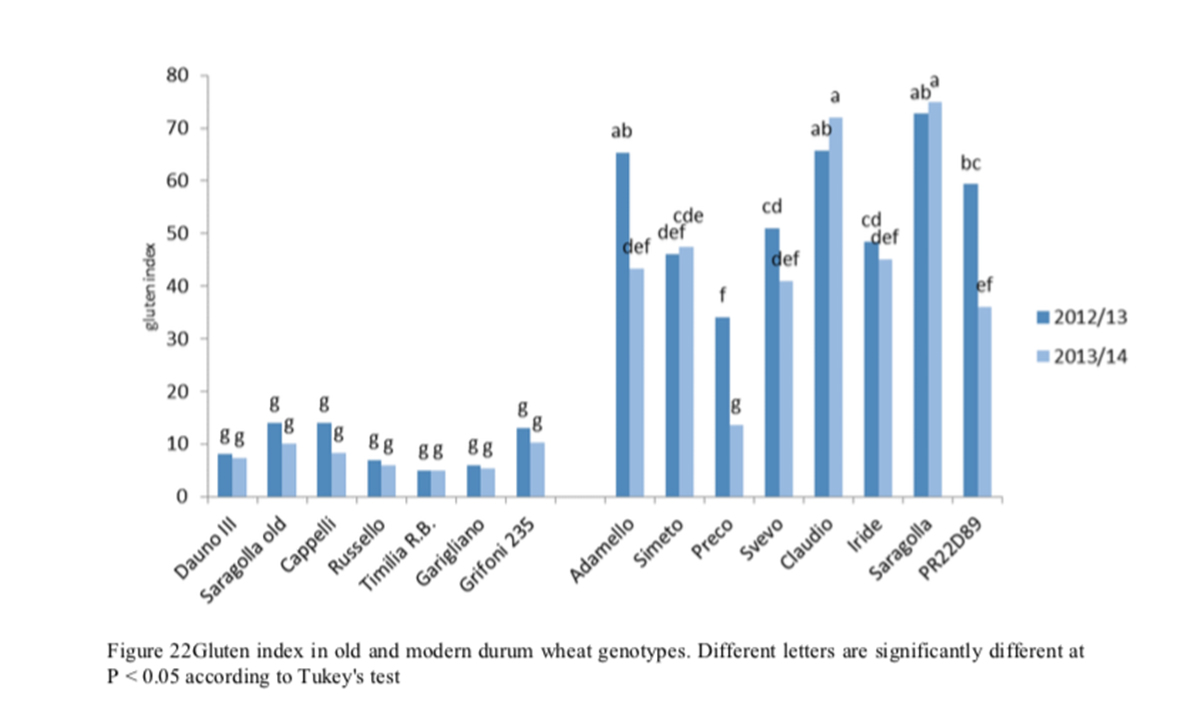 But also the ancient grain varieties can have, as previously mentioned, a gluten index with significant differences due to the environmental characteristics of the cultivation areas (growing wheat on sandy or clayey soil leads to grains with significant differences). The most marked differences – those for instance between modern and ancient grains -, however, depend on the use of fertilizers that can alter the quantity of gluten (1) in a pronounced way. The use of fertilizers can alter the proportions of the reserve proteins (gliadins and glutenins) and their sub-fractions (1) and, consequently, also the strength of gluten. According to the standard classification the values ​​of the gluten index “flour strength” are defined as follows: “(GI <30%), normal (GI = 30-80%), or strong (GI> 80%) (1). The interval 30-80 can be subdivided into: 30-45 sufficient and 46-65 medium; 66-80 good. To get an idea of ​​the variability of this index with regard to the monococcum wheat, let’s consider the unripe wheat ID331, which is perhaps the most studied variety: it has a gluten index (average index) of 15 (given CREA). This variety is considered to be highly digestible not only for the limited quantity and strength of gluten but, also, for the “quality” of gluten that depends on the ratio between the components, glutenin / gliadin (2), with the different molecular structure that can present (amino acid component form and position) and more or less strong bonds that bind amino acids. The tested varieties of monococcum have a generally higher gluten index due in part, certainly to the type of culture medium, to possible different varieties or, finally, to specific cultural practices (fertilizers) that have introduced qualitative variations in gluten giving greater “strength ” (2).

Indeed, some studies have shown changes in the ratio gluten gliadins caused by the use of nitrogen fertilizers. https://glutenlight.eu/2019/03/14/i-fertilizzanti-e-il-grano/ (2). The monococcum wheat (einkorn has many varieties (3; 4) but they are relatively few those cultivated. The market neither offers a few but, to date, only one monococcum wheat flour declares variety and traceability (with indication of the place of cultivation, even better than the single field *) but does not give indications regarding the quantity of gluten and the index of gluten. The varieties of unripe wheat are distinguished by the quality of the reserve proteins, ie which gliadins and which gluten contain (these are, in fact, hereditary) not for the quantity (which is greatly influenced by environmental factors and by agrotechnical practices). The variety is therefore important both because it determines the technological characteristics of gluten and because it determines greater or less tolerability (specific case: Monlis monococcum wheat that behaves practically like a soft wheat in relation to the technological characteristics and has a similar toxic fraction) to that of common wheat completely absent in the other varieties of monococcum wheat). The hope is that the ever-increasing awareness of consumers and, consequently, the greater demand for complete and exhaustive information pushes the producers-processors of the grain to provide more and more information that allows a choice of products more and more adequate to the health needs of consumers . Why not get to present products with their “Identity Card”? The entire supply chain could be reported there, providing complete information regarding all the steps from the field to the table. Even journalistic information explores more deeply the concept of “digestibility” of products made with wheat would bring greater clarity and awareness, especially taking into account how the “digestibility” is closely related to more features both of the raw material grain (genotype of wheat and variety), the cultivation method (biological, conventional), the preservation and transformation into flour and the method of transformation of the raw material into products.

* There is a monococcum wheat flour on the market that shows the traceability data up to the cultivation field.

5 – Wet gluten, dry gluten and gluten index (ICC Standard No. 155 and No. 158; AACC method 38-12): dry gluten is determined, on flour or semolina, by drying (on a heating plate) of moist gluten, separated from starch by Glutomatic 2200. The results are expressed as a percentage of the dry substance. For the gluten index, the method involves centrifuging the moist gluten to force it through a specially constructed grill under standard conditions. The total weight of gluten represents the amount of moist gluten; the percentage of gluten left in the grid after centrifugation is defined as a gluten index. (http://web.tiscali.it/cermis/settori/laboratorio.html) 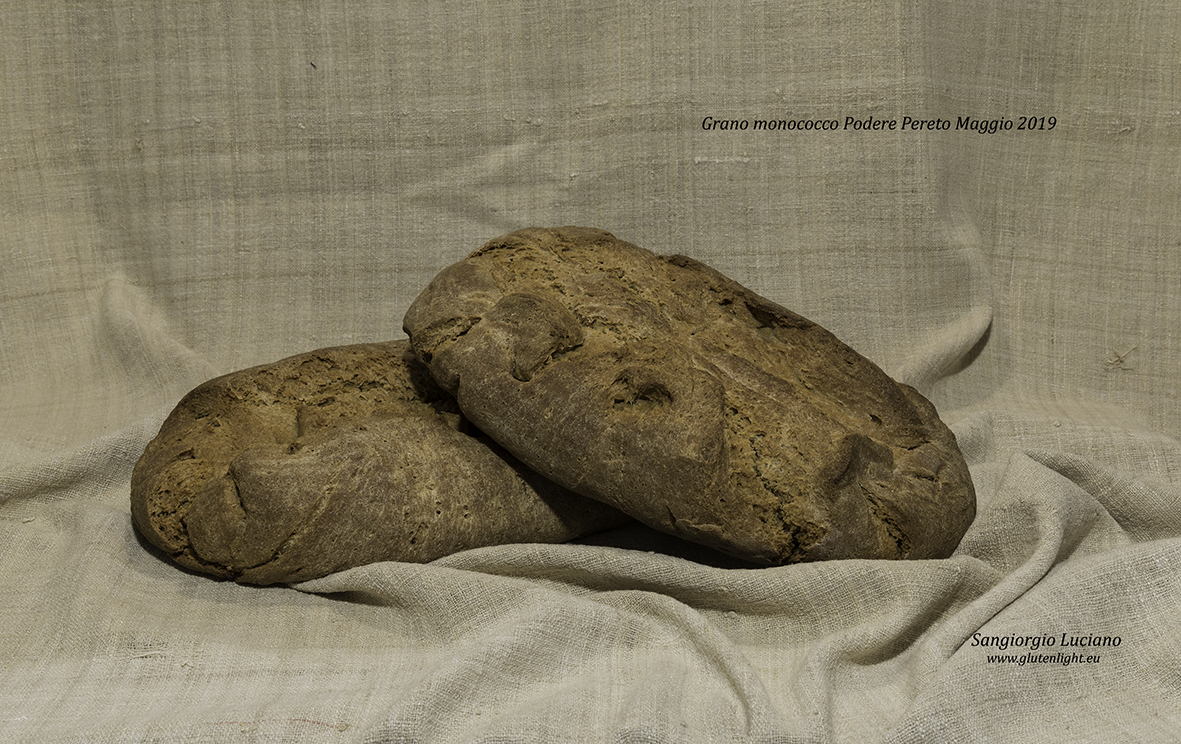 Bread made with 100% monococcum wheat flour Podere Pereto in purity. Method: pre-dough and final dough with h24 maturation; use monococcum sourdough and very little part of brewer’s yeast as starter. 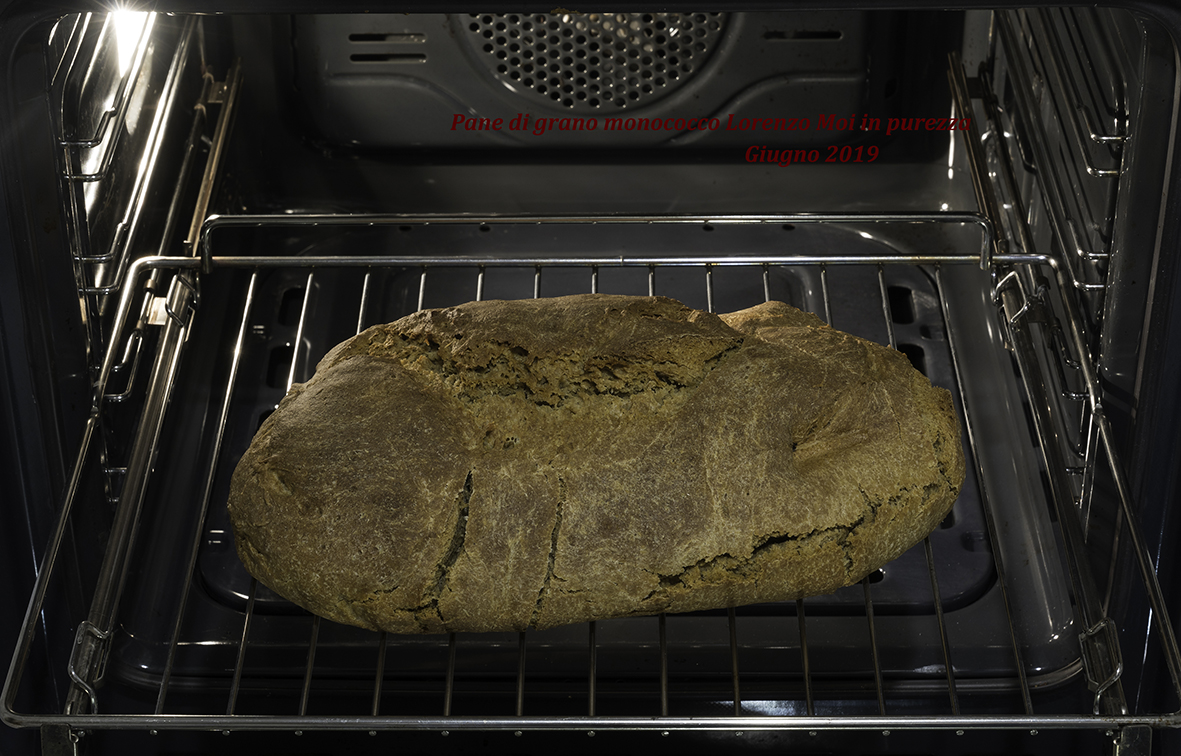