Test
Two loaves were made with two einkorn wheat flours which are completely identical in quantity of ingredients and methods of execution. Both flours used belong to the einkorn genotype type ID331; one (A) grown without any fertilizer or other chemical compounds, the other (B) grown with the supply of nitrogen.
Both loaves were prepared with the same method:
“New Method for making fermented bakery products n. EP 3305078B1: at the bottom of https://glutenlight.eu/en/2019/09/27/einkorn-bread100/”.
The result clearly shows how the strength of gluten (1) played a decisive role in giving bread (B) a higher volume, a more open and regular crumb (Photo NN. 3, 4, 5, 6, 7, 8).
It is known that the supply of nitrogen contributes to increasing both the quantity and strength of gluten (2). This was a decisive factor for the development of agrotechnics which allowed flour to be produced with better workability from an industrial point of view; the increase in the strength of gluten, however, led in parallel to a less digestible (3) and less tolerable (4) gluten.

Einkor bread case
Einkorn wheat (6), for example, has always been “recommended” precisely because it is more digestible and more tolerable. It is important to be able to have this wheat while preserving its original characteristics both in relation to the strength of gluten and in relation to its quantity. It is an extraordinary wheat for rusticity and resistance, suitable for poor soils and does not require any fertilization or defense against pests. It is perfect for pure organic cultivation, unassisted or subjected to treatments with the new fertilizer products “created” for the biological regime (7).
This recommendation is all the more important if one takes into account that tolerability, understood as the ability not to “stimulate” the human immune system, is not the same for all potential subjects as they have different sensitivity. Having grains with the highest possible digestibility and tolerability allows to obtain products suitable for an ever wider target of subjects including even the most difficult cases. For this reason, type “A” bread, although with less appeal than “B” bread, made with “poorer” wheat, is of fundamental importance both for genetically predisposed subjects and for NCGS. The quantity and strength of gluten are also dependent on the soil and climatic conditions of the cultivation areas which also produce sensitive variations, both in terms of “strength” and quantity. Values of 7-8% of the quantity of gluten and values of 20-30 of the gluten index can be considered representative of the “typical” values of the original “type ID331” einkorn wheat, that is, without human manipulation or agro-technical practices.

Nitrogen and sulfur supply effect
Lastly, it should be stressed that nitrogen intake can alter the gliadin glutenin ratio by modifying, for worse, the qualitative / quantitative profile (2) of the fractions that activate the adverse response of the human immune system. The contribution of sulfur, on the other hand, increases the strength of the disulfide bonds present inside the macropolymer (glutinic mesh) by increasing strength and decreasing digestibility. For example, high S-supply inevitably increases S-containing amino acids such as cysteine and methionine ( Scherer, 2001; Granvogl et al., 2007; Rennenberg et al., 2007; Howarth et al., 2008). May therefore increase the amounts of α-gliadins that contain these S-rich amino acids and therefore contain large numbers of disulfide bond.
In the near future it would be very important that a selection of grain varieties with some important information be available to consumers:
1. the certification of the important wheat variety also considering the exponential increase in scams
2. the “strength” of gluten and the quantity of gluten present in the grain, important for defining its digestibility
3. the qualitative and quantitative presence of the gluten fractions which, in some subjects, activate the immune system creating intestinal inflammations and much more.

Analysis of the results 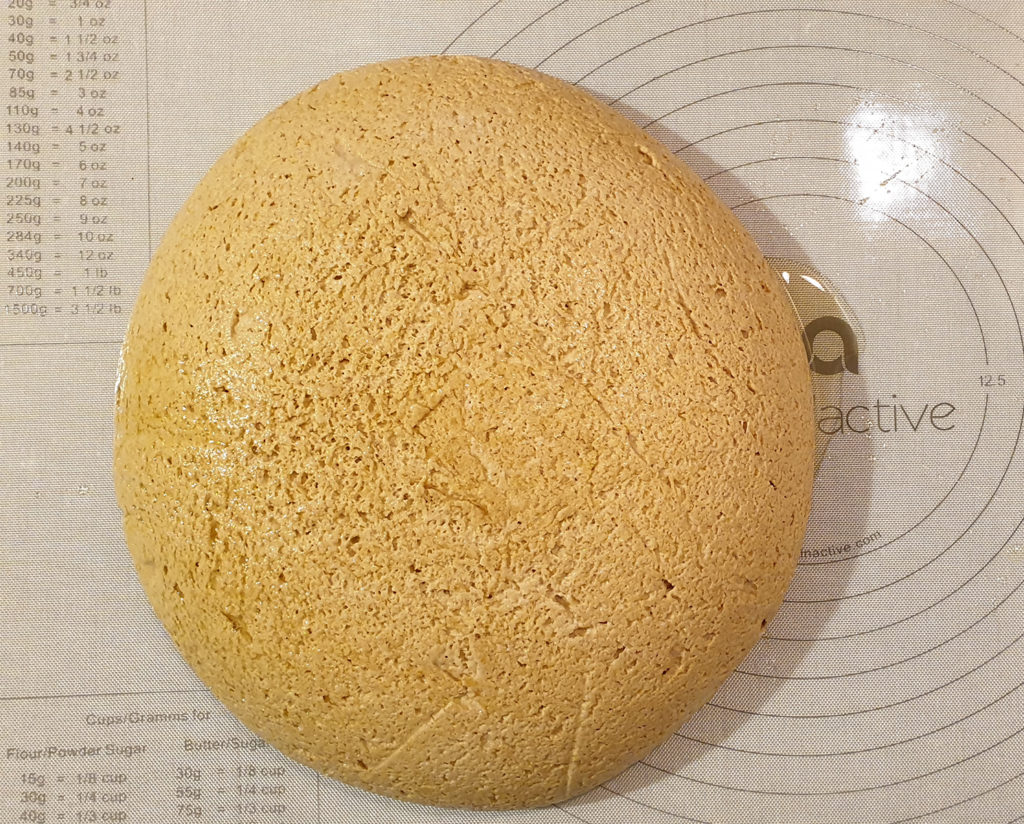 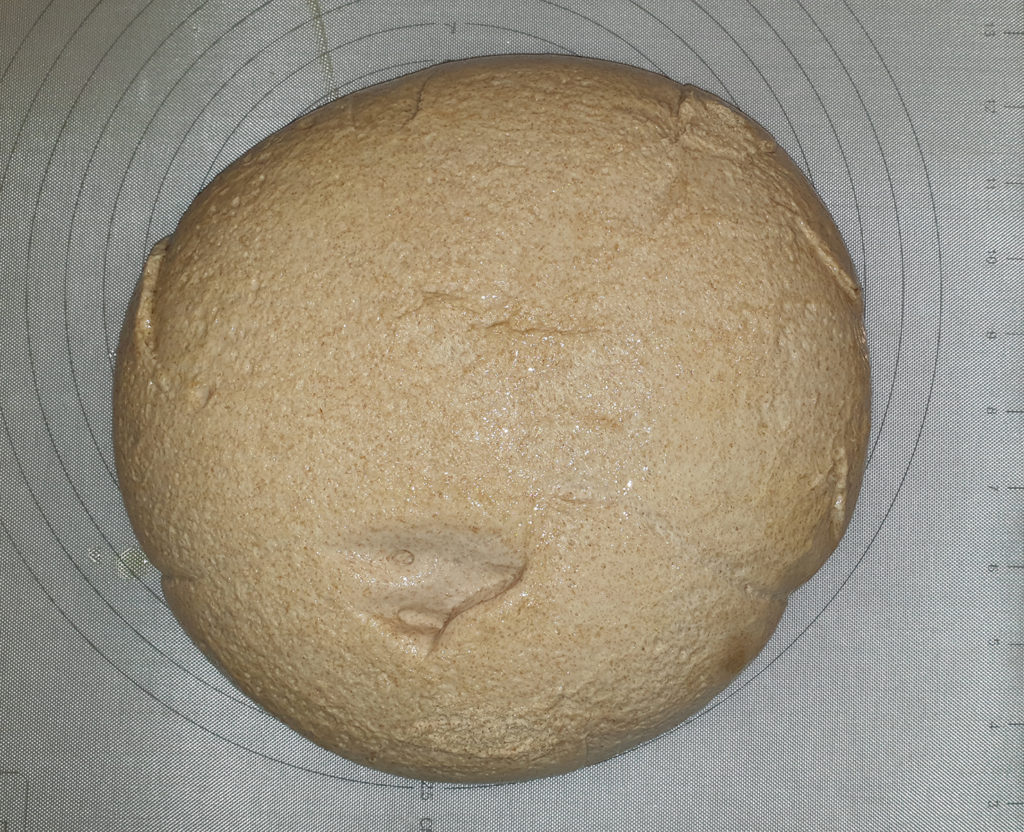 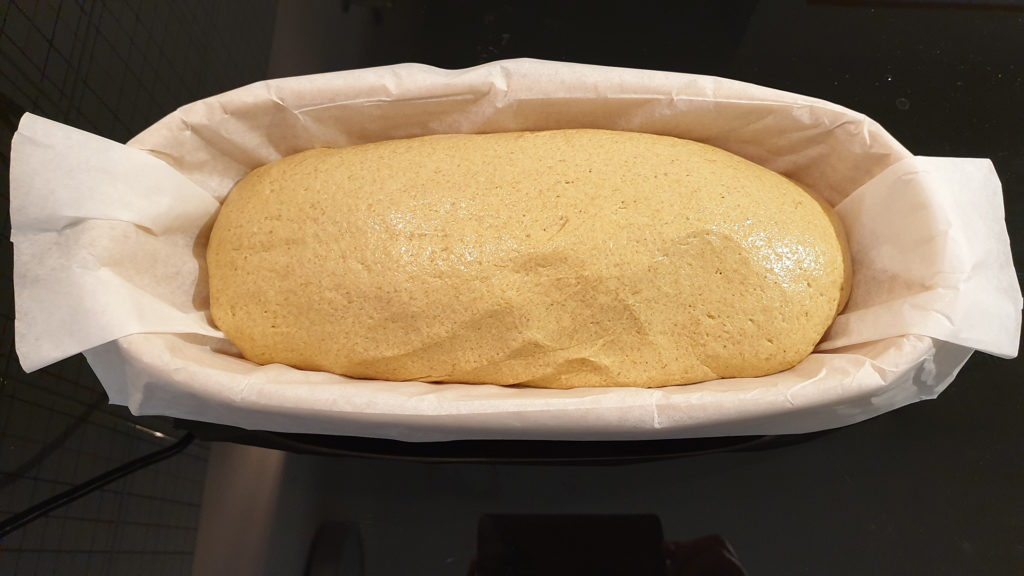 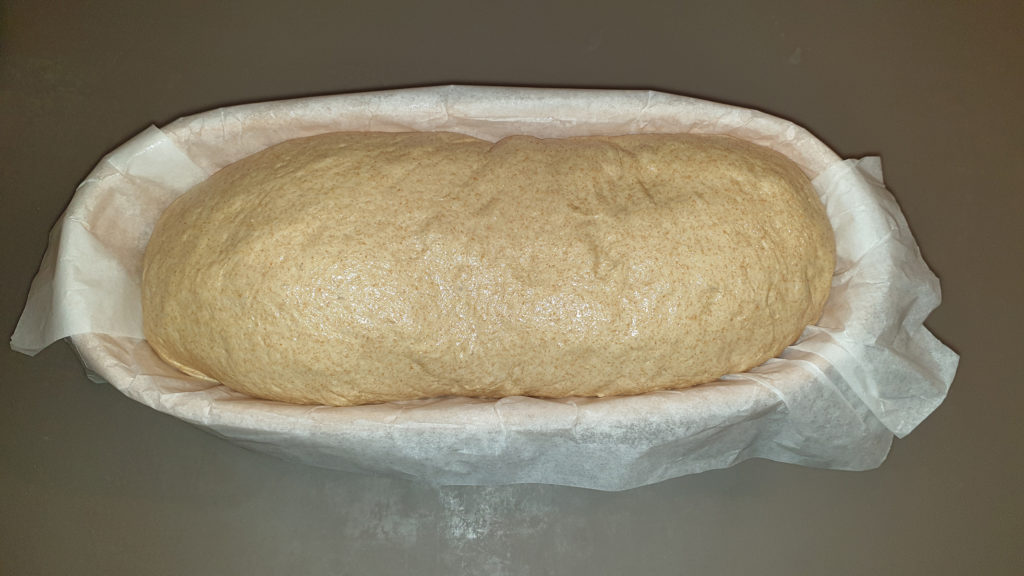 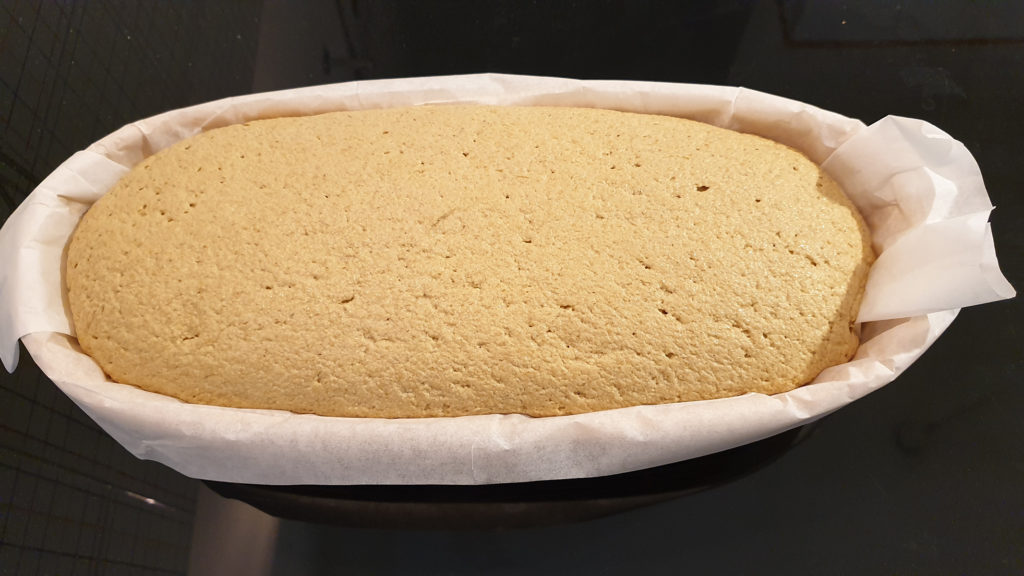 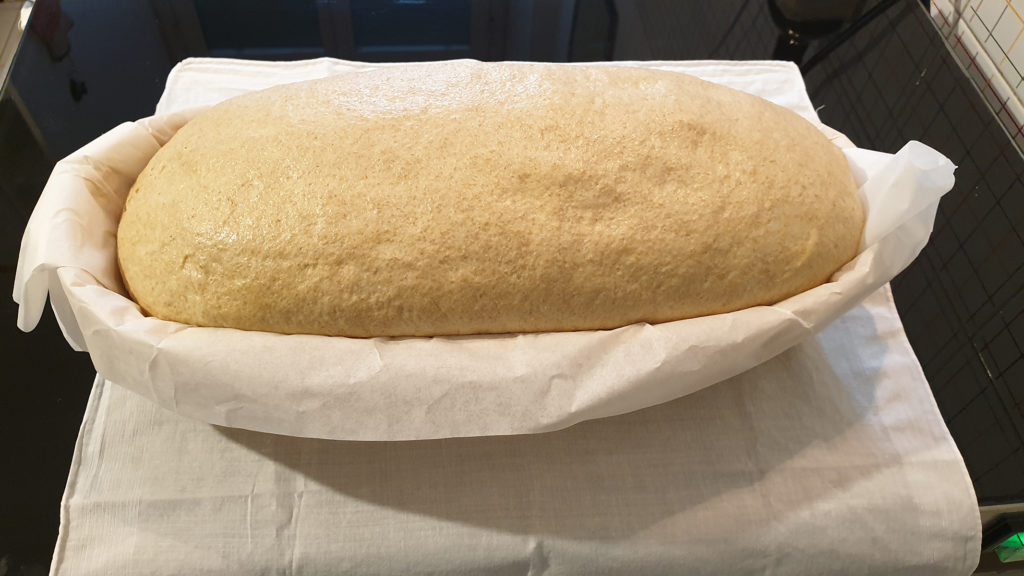 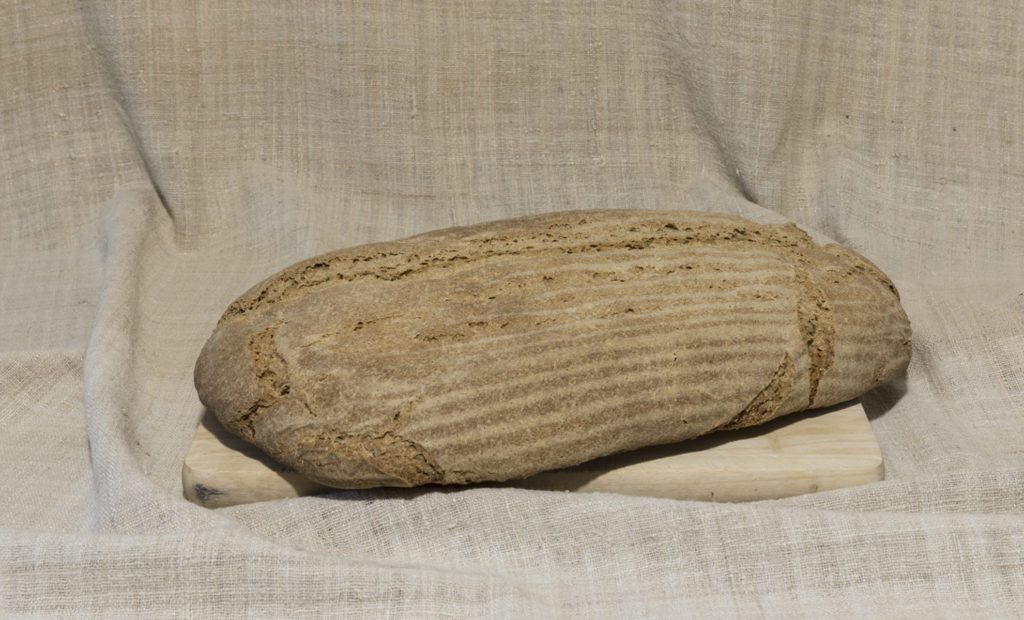 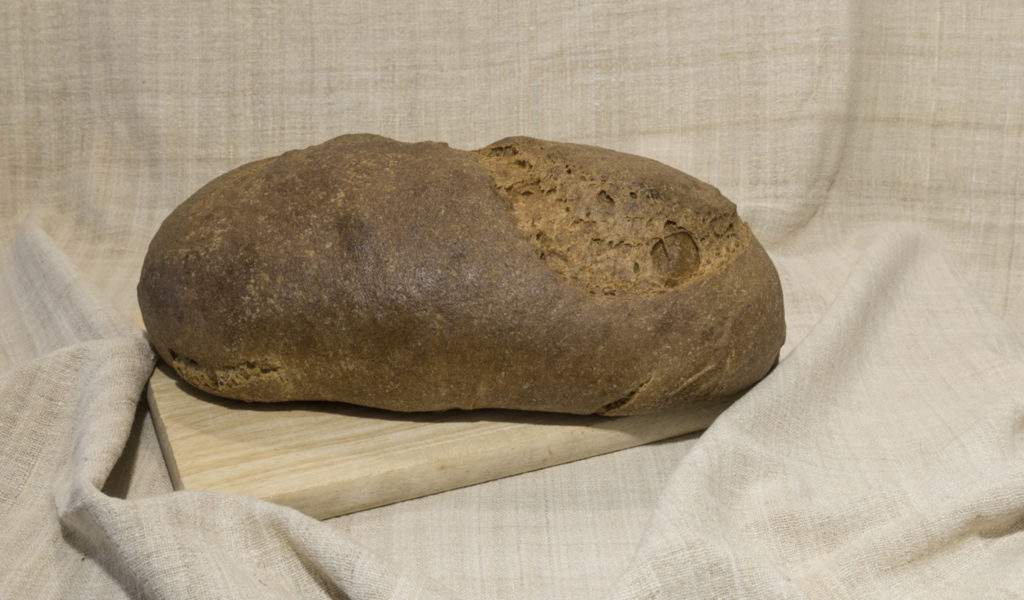 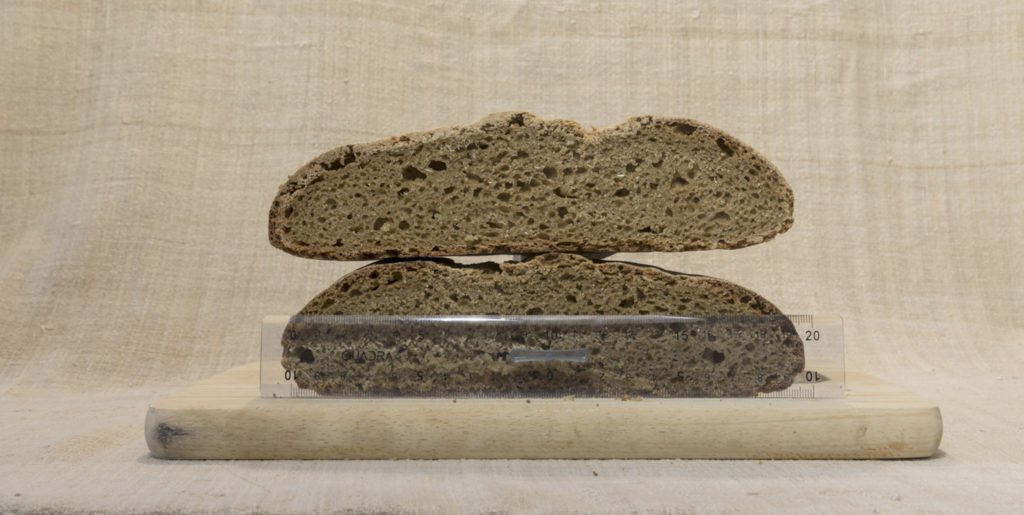 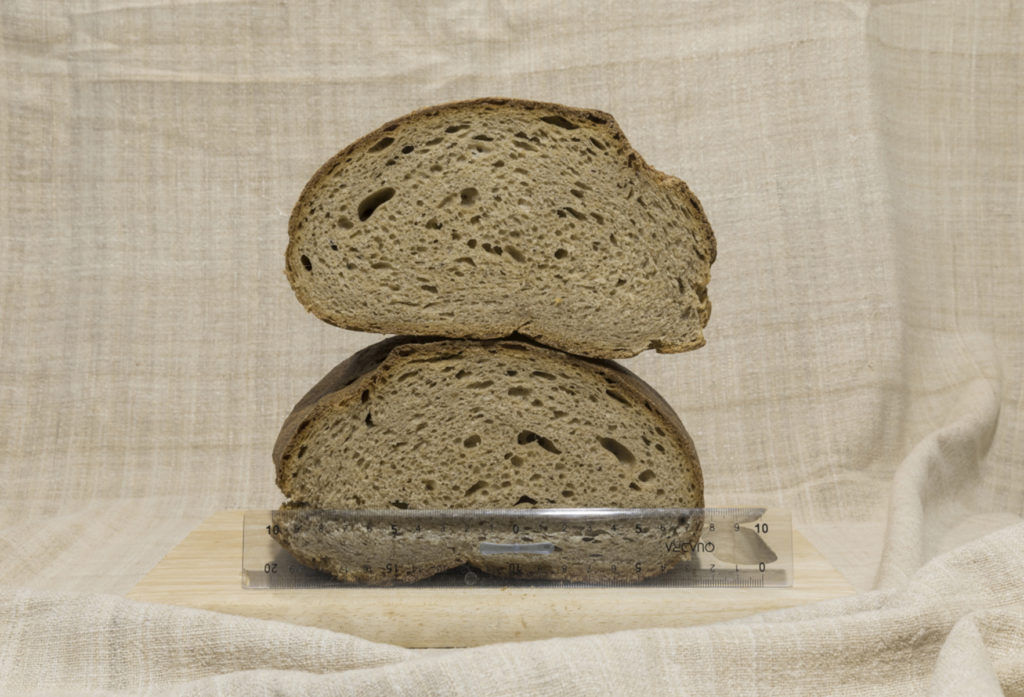 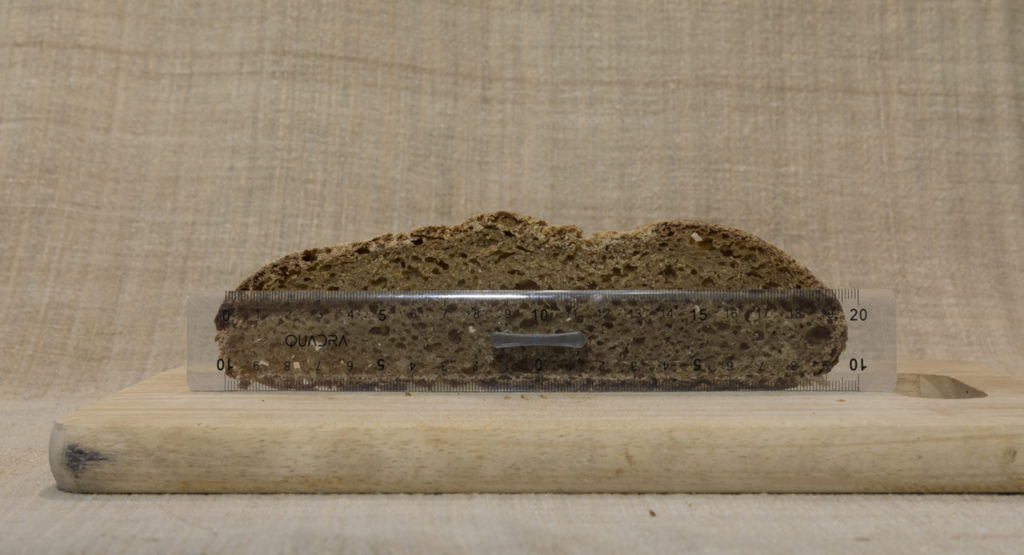 Photos 3 show what the dough looks like after more than 20 hours of rest at a temperature of 4/5 degrees: the dough A has a considerably degraded glutin network.

Photos 4 highlight the difference of the dough ready for the leavening phase in the basket: the dough A was not “shaping” in the usual terms, resulting in a little elastic and rather “pasty”; the B was “formed according to the usual method.

Photos 5 show the dough at the end of rising: the images do not require comment!

Photos 6, 7and 8 show baked bread: the strong difference between the two types of dough is evident, not only in terms of volume but also, above all in texture; the crumb of type B was more developed, open and elastic.

A note: the type A bread was much more fragrant and tasty.